“Who looks outside dreams. Who looks inside awakes.” 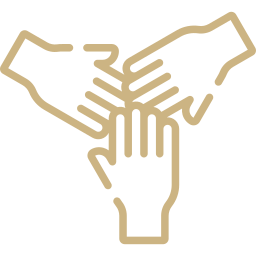 THE JOURNEY OF A LIFETIME

Awakening Leadership forums are for leaders and leadership coaches who are seeking to self-actualize
through genuine, mystical experience.

There is a profound connection between mystical experience and leaders who live out their purpose in the world – for those who are willing to do the work of integration.

“What does it mean to be alive? What happens when we die? Is there a God? Is there a point to any of this? Well, according to the ancient philosophers and mystics, there are answers to these questions. Like, real answers.”
-Brian Muraresku, New York Times best-selling author, The Immortality Key 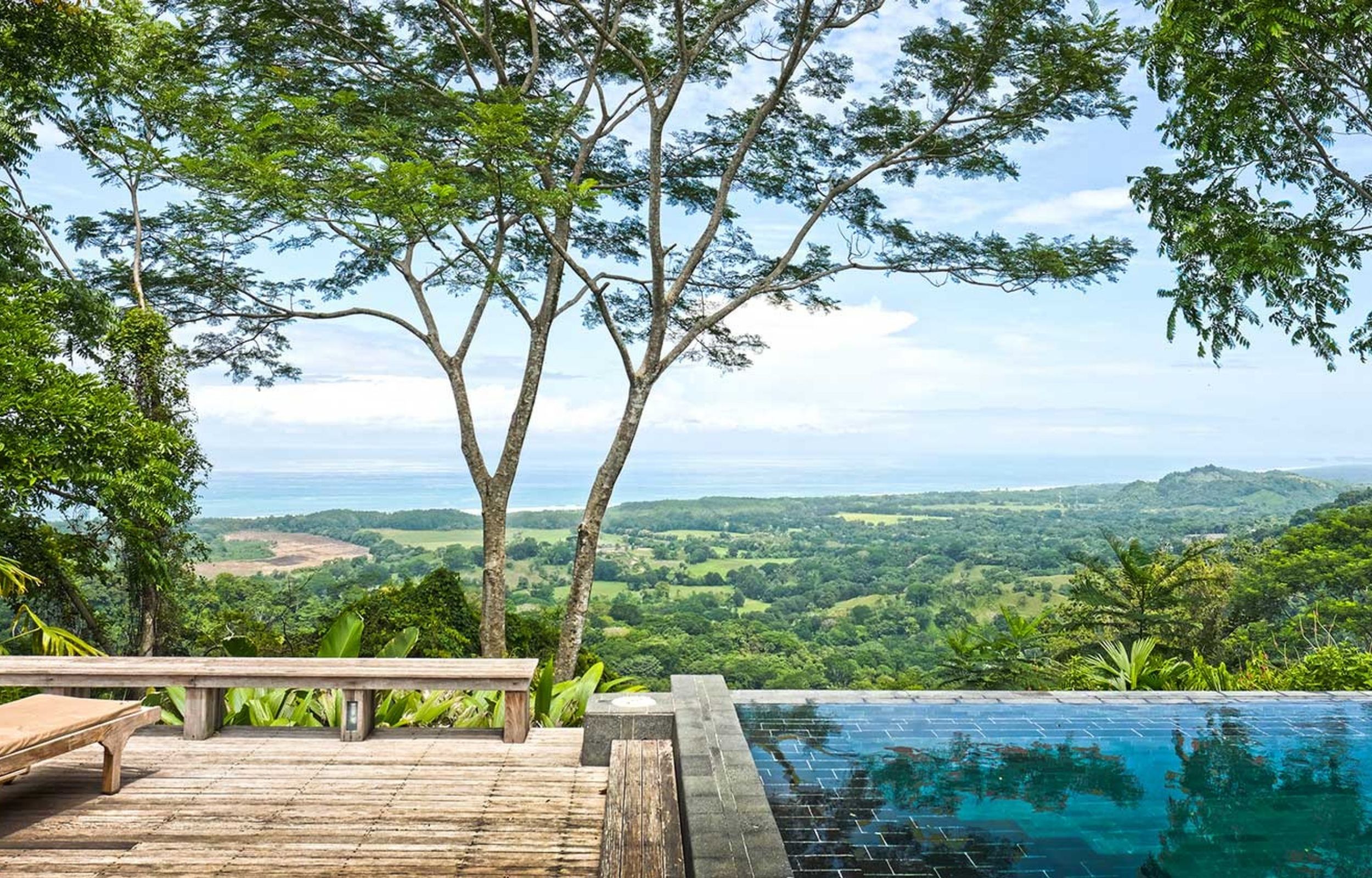 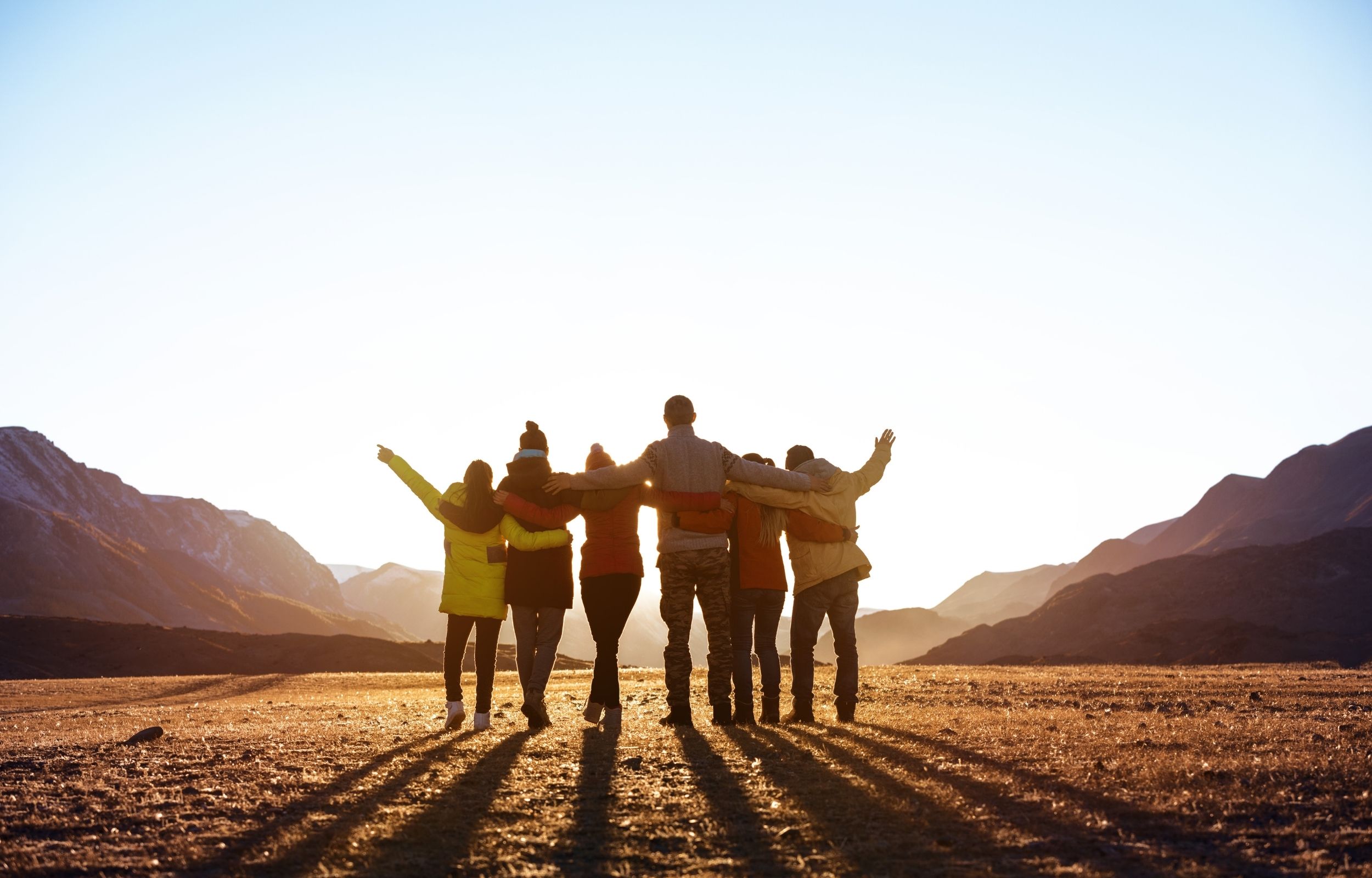 Journey with an existing YPO/EO forum, mastermind or (wo)men’s group

3-night journey retreat exclusive to your forum or team

Psychedelics IN the mainstream

How To Change Your Mind is officially streaming on Netflix! Based on the best-selling book by author Michael Pollan, this docuseries dives into the frontiers of the new psychedelic renaissance.

Episode #2 is dedicated to psilocybin history and ceremony. Get an intimate view into what it looks like to experience this sacred medicine and hear the profoundly moving and life-transforming impact of these journeys.

If you’ve been wondering whether this type of journey is for you, this series could very well be How To Change Your Mind.

For over fifteen years, Nathanael Chawkin has been a trusted spiritual guide and executive coach to leaders and coaches who are seeking to self-actualize and awaken to their purpose in this lifetime.

The space of awareness and presence that is cultivated in coaching sessions with Nathanael allows leaders to awaken to conditioned patterns and relationship dynamics they have been asleep to, oftentimes for decades, resulting in radical shifts in mindset and behavior that can occur from a single moment of realization. These sessions are said to have a lasting, exponential impact that is psychoactive in and of itself.

GOT Vision Quest: Nathanael Chawkin presents The Work of Byron Katie to 85 entrepreneurs at the MIT Gathering of Titans event.

Imiloa Institute is a home and an experience where human beings are invited to awaken their consciousness.

Imiloa Institute is founded on the leadership principle that together, through a spirit of service and a posture of learning, we can cause the individual and social transformation of the planet.

Whether you’re in 200 year old homes from Bali on the cliff, Geodesic Domes deep in the Jurrasic Jungle or Jungalows with bathtubs out to our unofficial sloth sanctuary, you’ll have a story to tell about your stay at Imiloa.

At Imiloa, we like to call our food “conscious comfort food.” That means we serve healthy, locally-sourced, gourmet vegan meals that are as artistically plated, scientifically nourishing and delightfully crafted for all of our retreat guests.

Miles of jungle pathways that lead to different gems on the property, including our private waterfall, named by the priests of the Indigenous Tribe (Kogis, from Colombia) “Morundwa.” The tribe visited Imiloa, as many tribes do, and activated our waterfall. 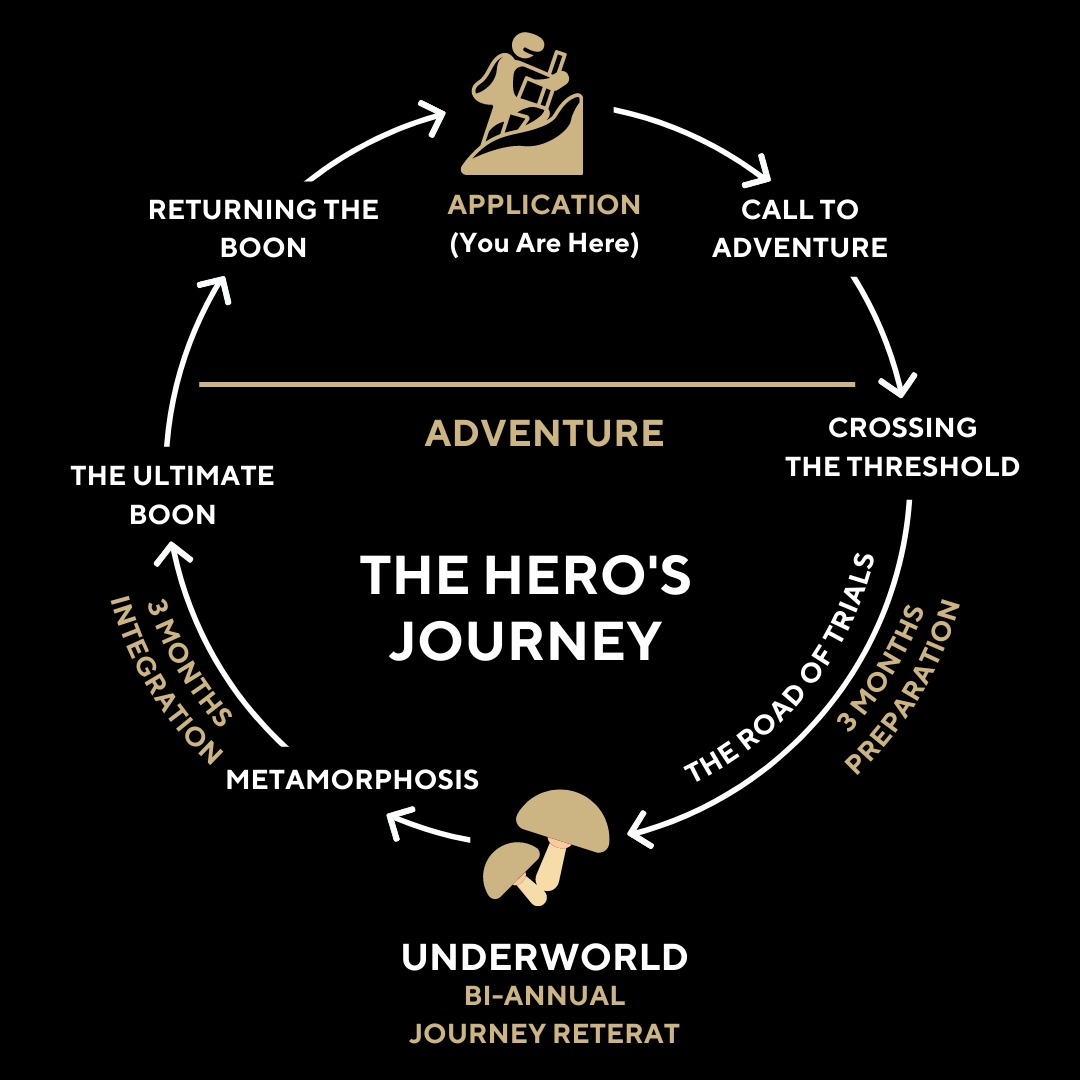 Accept The Call to Adventure of your own personal hero's journey: align your intentions for healing and growth with your vision for what you want to create in the world.

Cross the threshold of the known world and prepare yourself for the retreat: train your body, mind, and spirit, and do the deep work that will help you "peel the onion" on the inner dynamics of your own ego. Explore your current leadership style and how you unconsciously sabotage your ability to actualize your vision and get to the next level.

Enter into ceremony as the descent of the hero into the underworld: experience a genuine ego death and rebirth as you are profoundly healed and transformed inside of an expanded state of consciousness that cannot be described in words.

Stabilize your metamorphosis through the integration process: make meaning of the key insights and takeaways from the journey and build life practices around a new way of being that reflects your next level of leadership.

Return back home with the ultimate boon: integrate the otherworldly gifts of the journey into inspiration and action in the ordinary world. Show up differently at home and at work. Translate expanded states of consciousness into everyday awareness to create a life aligned with your vision, values, and purpose. 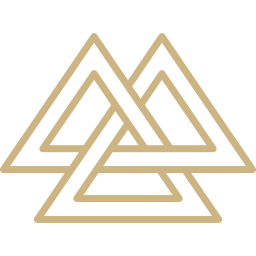 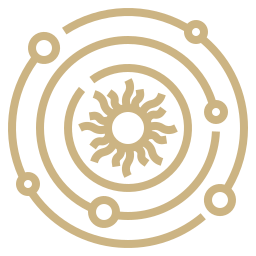 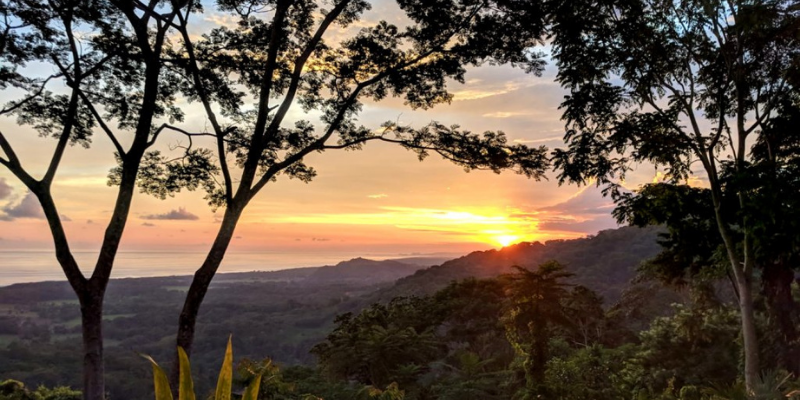 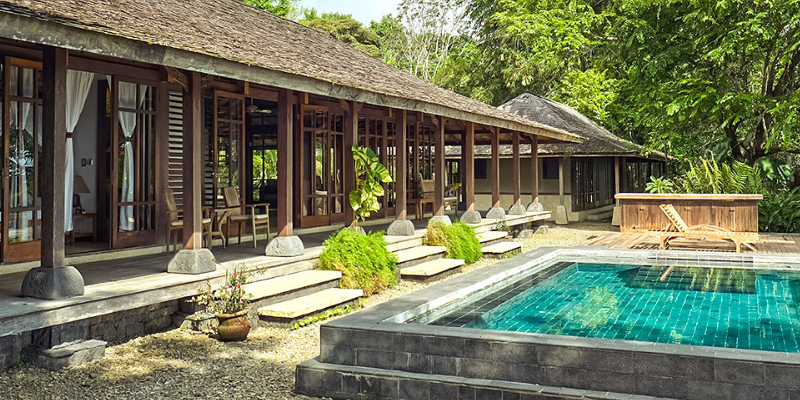 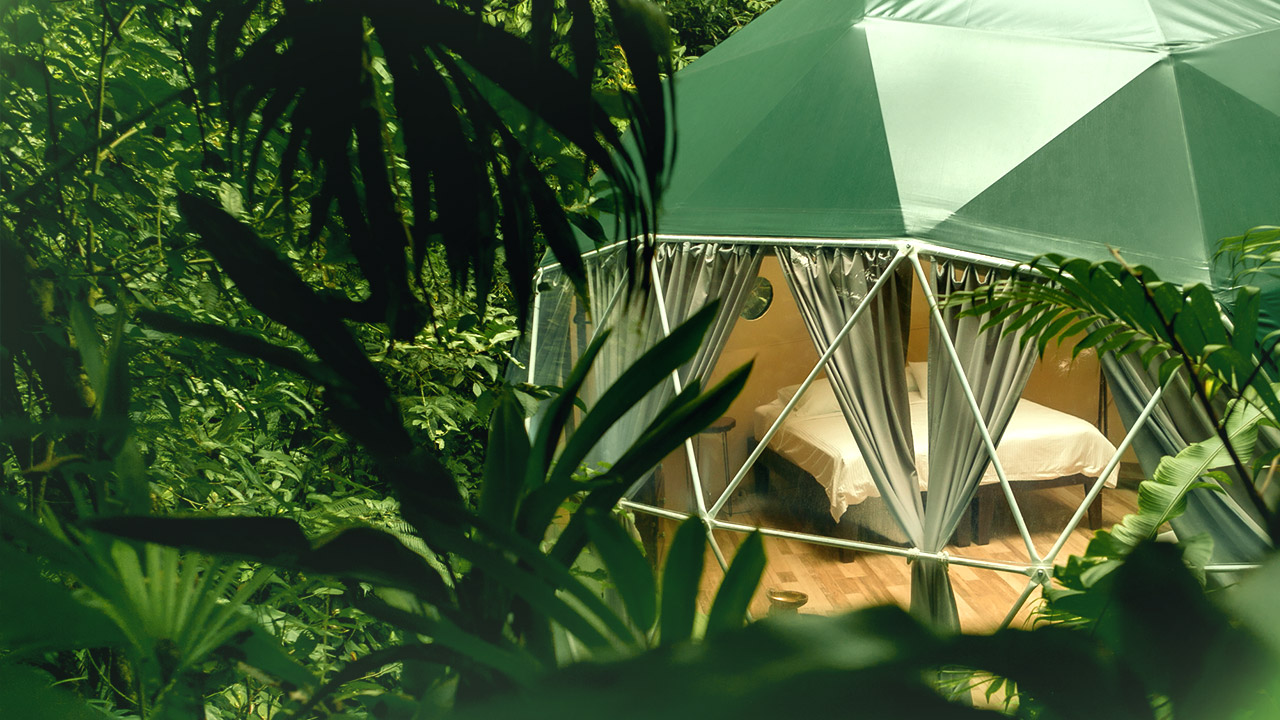 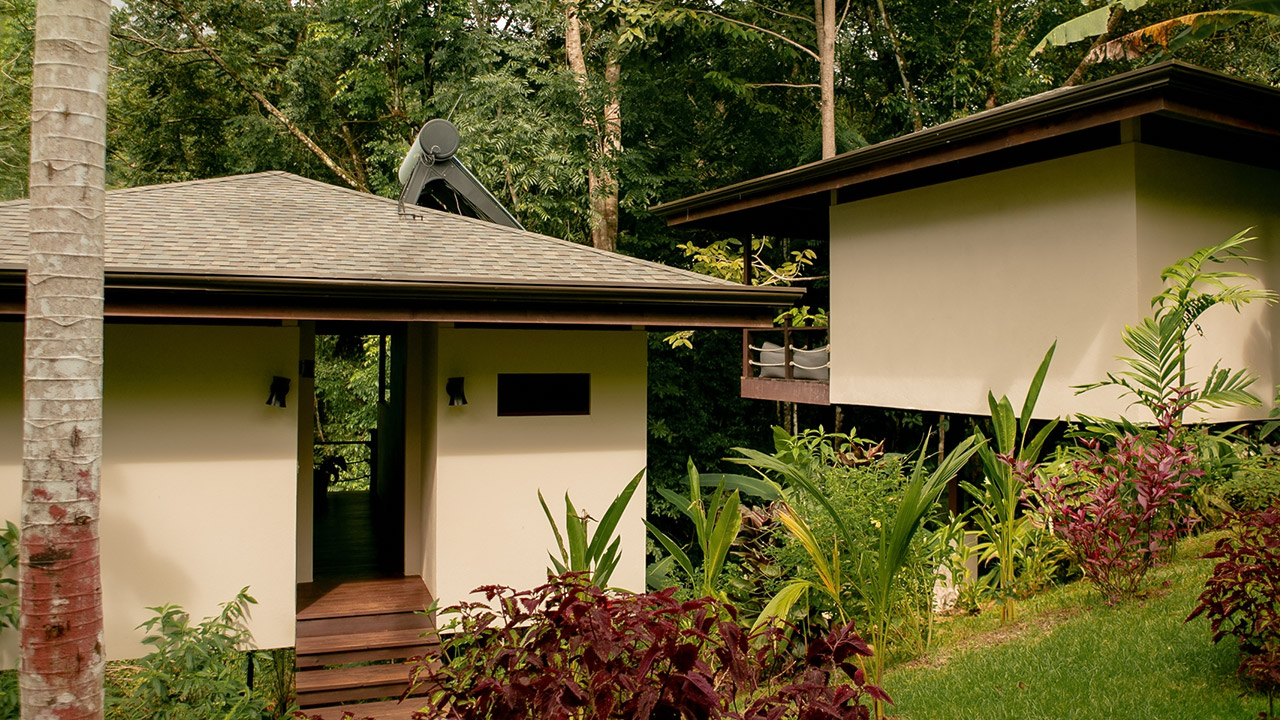 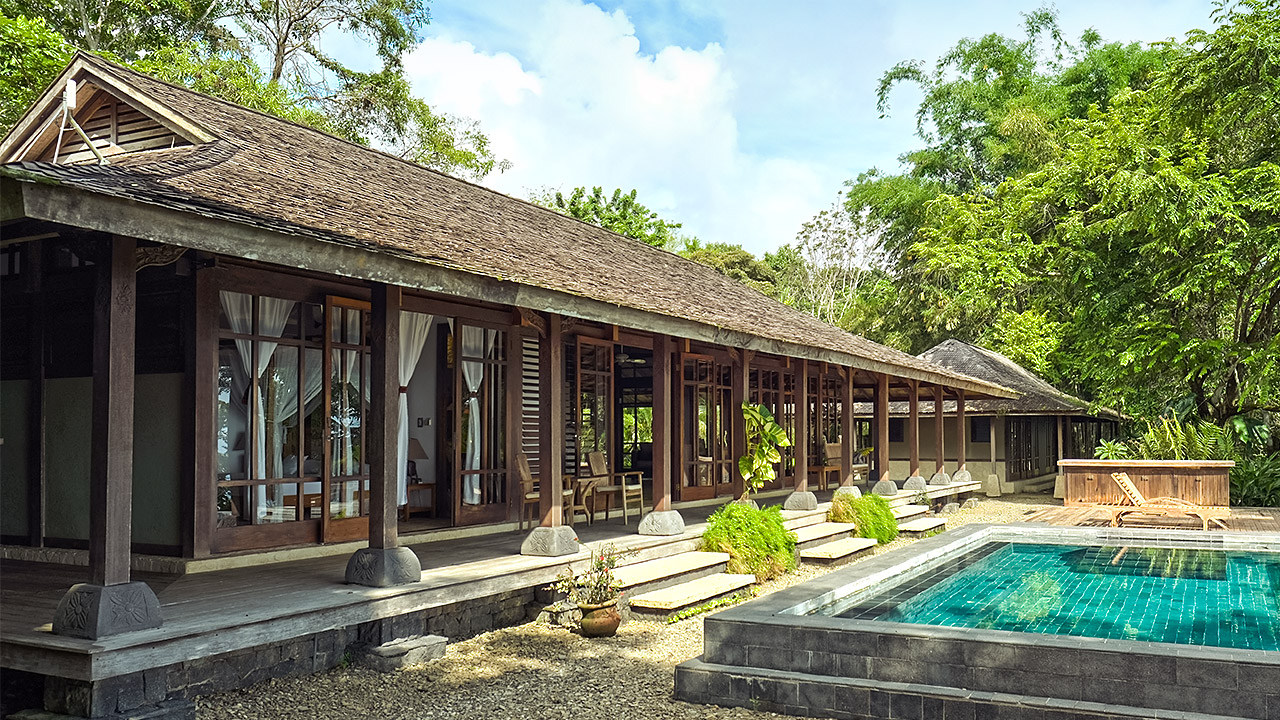 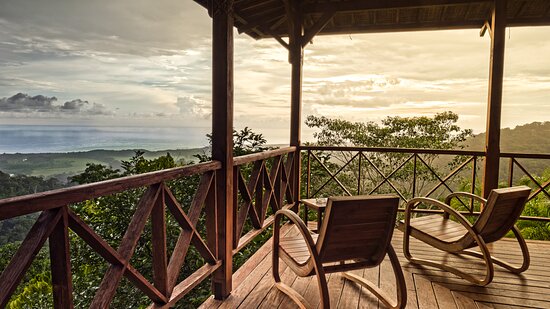 “Psychedelics, used responsibly and with proper caution, would be for psychiatry what the microscope is for biology, or the telescope is for astronomy.” 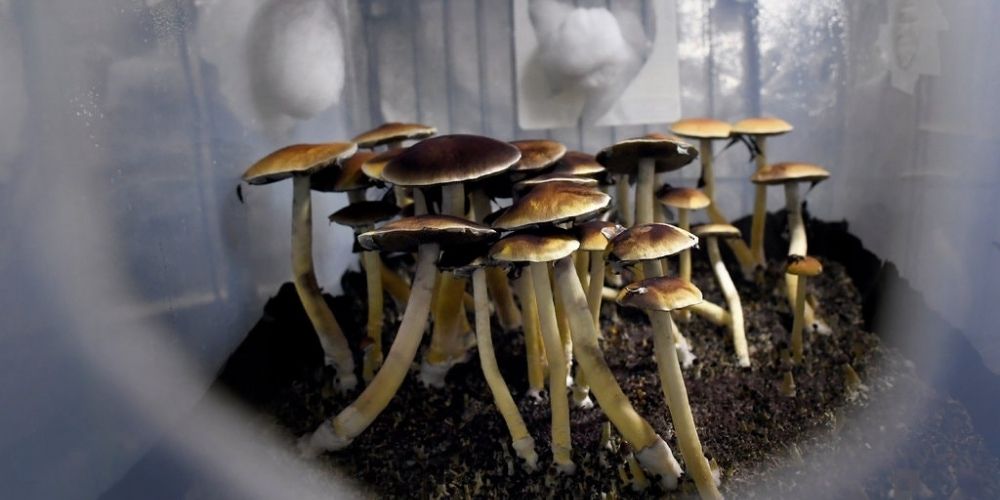 In Johns Hopkins clinical studies of high-dose psilocybin therapy, 75% of all participants to date reported that the experience was one of the five most meaningful experiences of their lives, while 25% said it was the single defining mystical experience of their lives. 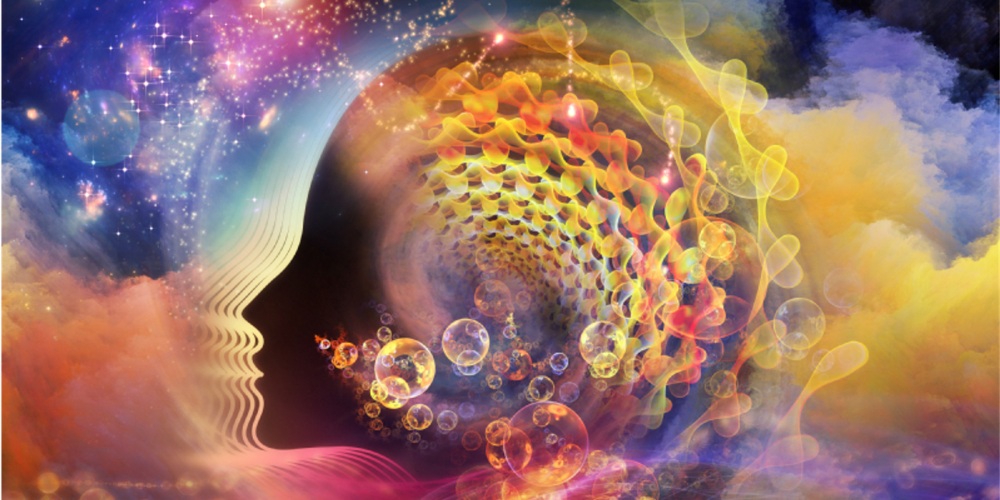 In clinical studies at NYU, a strong mystical experience, provided by a high dose of psilocybin, was critical for the therapeutic effects that produced sustained reductions in depression and anxiety levels in end-of-life cancer patients over at least 6 months.

Subscribe to our email list to gain access to our dialogue series, where we interview luminaries from the psychedelic renaissance, hear personal journey downloads from conscious leaders, and give you an intimate view into live integration coaching sessions 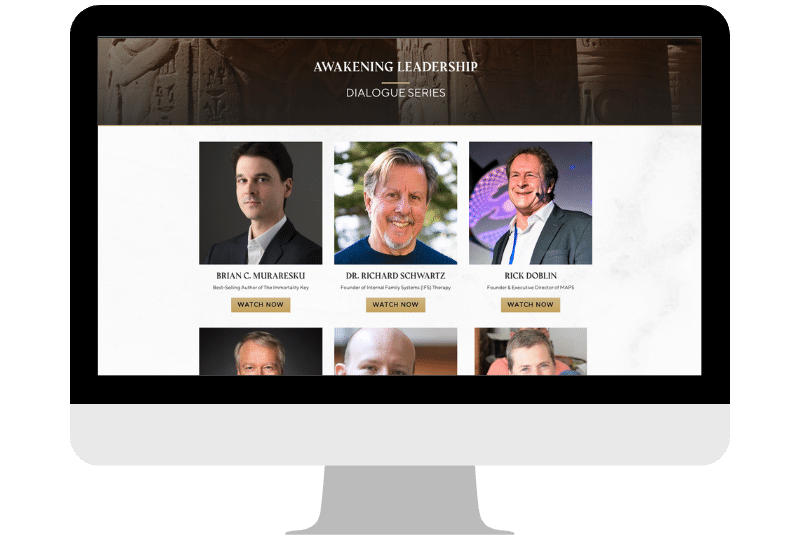 THE RETURN OF THE MYSTERIES

For nearly two thousand years in ancient Greece, citizens were initiated through mystical rites of passage known as the Eleusinian mysteries. These rites were so secretive that to reveal what you saw in Eleusis was to risk execution, which is why Huston Smith, perhaps the most influential religious scholar of the 20th century, called it “the best-kept secret” in history.

These mysteries were based on the principle of gnosis: knowing by direct experience as opposed to belief. Many of the greatest thinkers from the ancient world, from Plato and Pythagoras to Cicero and Marcus Aurelius, all made the pilgrimage to Eleusis to partake in a visionary experience that was universally attested to as something that ended the fear of death and gave meaning to life.

THIS IS AN ADVANCED TRAINING

We invite all leaders and coaches to apply who have previously participated in YPO/EO forums, executive coaching, leadership development, psychotherapy, shadow work, couples work, (wo)men’s groups, self-inquiry and/or other spiritual practice. All members will be invited to step into coaching and being coached by their peers – in addition to doing advanced integration work with expert facilitators. If you do not yet meet these criteria, we would be happy to support you in joining one of our other stepping-stone offerings.

Please keep in mind that a history of mental illness, schizophrenia, or psychosis are contraindicated for psychedelic use and may disqualify you from participation. Always consult a physician before modifying any regimen of medications or antidepressants. 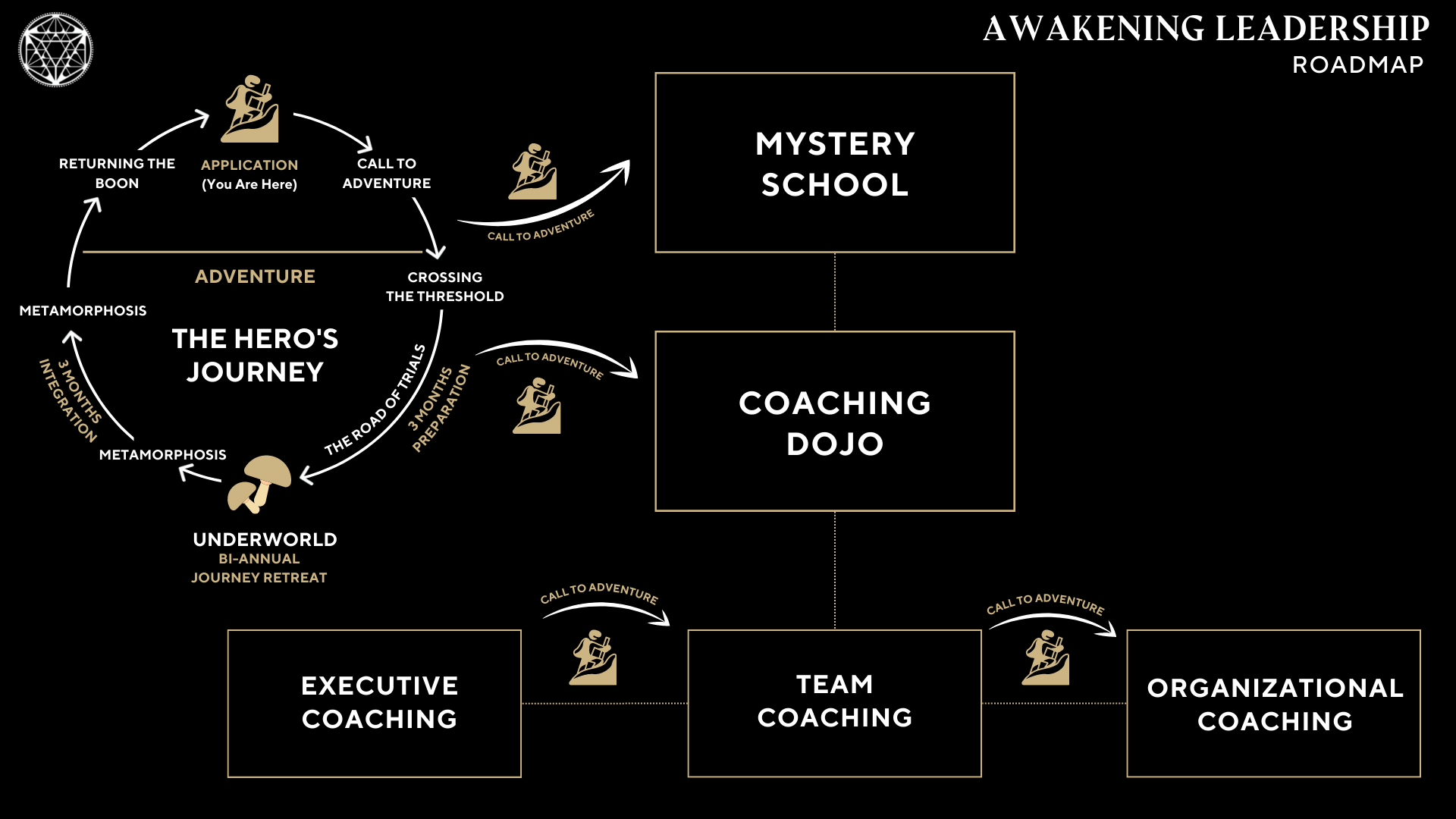 Continue in a bi-annual retreat rhythm with your forum, nominate and mentor new members OR move on to a next-level Call to Adventure.

Pursue advanced training in the Mystery School: a spiritual community of practice based on the principle of Gnosis - knowing by direct experience as opposed to belief.

Join the Palæstra Leadership Coaching Dojo as part of a CEO bootcamp for leaders who would like to bring the gift of continuous learning and development back to their organizations.

Continue in a 1:1 coaching intensive with Nathanael (limited availability) or other certified coach.

After completing a CEO bootcamp, begin to disrupt and democratize the culture of your organization by upshifting to a “Zen Basketball” approach to team dynamics.

Scale leadership throughout the entire company with regular rhythms for peer coaching: “The Airbnb approach to talent management.” Take your core values “Off the wall” and put them “On the mat” as a Conscious Culture where "Everyone is a coach." Develop a dynamic action-learning approach as a Deliberately Developmental Organization (DDO) that makes people development an integral part of your business strategy.

We believe that sacred plant medicine journeys are initiatory rites of passage that require intensive preparation, intentional set and setting, and an inward orientation to the mystery.

We believe the work of integration continues beyond you: we invite you to transform your team into your Community of Practice –  a core value driven Conscious Culture, and Deliberately Developmental Organization (DDO) that makes people development an integral part of your business strategy.

We believe the work of an awakening leader is to wake up the workplace by empowering their workplace to become the primary source of their own personal awakening as a leader.

To the Journey of a Lifetime

For over fifteen years, Nathanael Chawkin has been a trusted spiritual guide and executive coach to leaders and coaches who are seeking to self-actualize and awaken to their purpose in this lifetime. The space of awareness and presence that is cultivated in coaching sessions with Nathanael allows leaders to awaken to conditioned patterns and relationship dynamics they have been asleep to, oftentimes for decades, resulting in radical shifts in mindset and behavior that can occur from a single moment of realization. These sessions are said to have a lasting, exponential impact that is psychoactive in and of itself.

In his work with Palæstra Leadership, Nathanael specializes in transforming organizational culture by coaching executive team dynamics. By turning development into a team sport, leaders learn to approach tough conversations with heart, which creates radical new levels of trust, alignment, high-performance, and team flow. Once this cultural cornerstone is set, Nathanael helps clients build Deliberately Developmental Organizations (DDOs) that scale leadership development through an in-house peer coaching practice where “Everyone is a coach.”

As a martial arts and mindfulness meditation instructor, Nathanael’s practice-based approach has helped hundreds of executives from growth-minded, midmarket companies traverse the path to their next level of leadership development. His work with Palæstra Leadership clients has been covered by Entrepreneur magazine and the Financial Times.

Nathanael completed his BA from Maharishi International University in 2002, and MA in Integral Psychology & Coaching from JFK University in 2009.  He earned his 2nd degree blackbelt in Aikido in 2005 while serving as the senior director of an internationally renowned uchideshi (live-in training) program, and is a purple belt in Brazilian Jiu-Jitsu. He founded Integral Martial Arts, “The Gentle Art of Mixed Martial Arts,” to coach human performance both on & off the mat, in 2011. He lives with his loving life partner, Elizabeth, a priestess of the divine feminine, in Santa Barbara, California.

We believe that forum dynamics and peer coaching are helping to democratize top-down, “sit and get” learning dynamics, be it sage on the stage, teacher, preacher, coach or consultant. We believe that everyone is a coach. “The next Buddha will be a sangha.”

We believe the medicine is showing us how to metabolize LIFE. Can you let go of control? Do you trust the direction of the river? Do you surrender in service to a higher purpose/higher power? Or is your ego playing god? Faith is trust in life. Life is the journey. Awakening in the Here/Now (the Eternal Now) is the destination. “The Kingdom of the Father is spread across the earth, but men do not see it.” 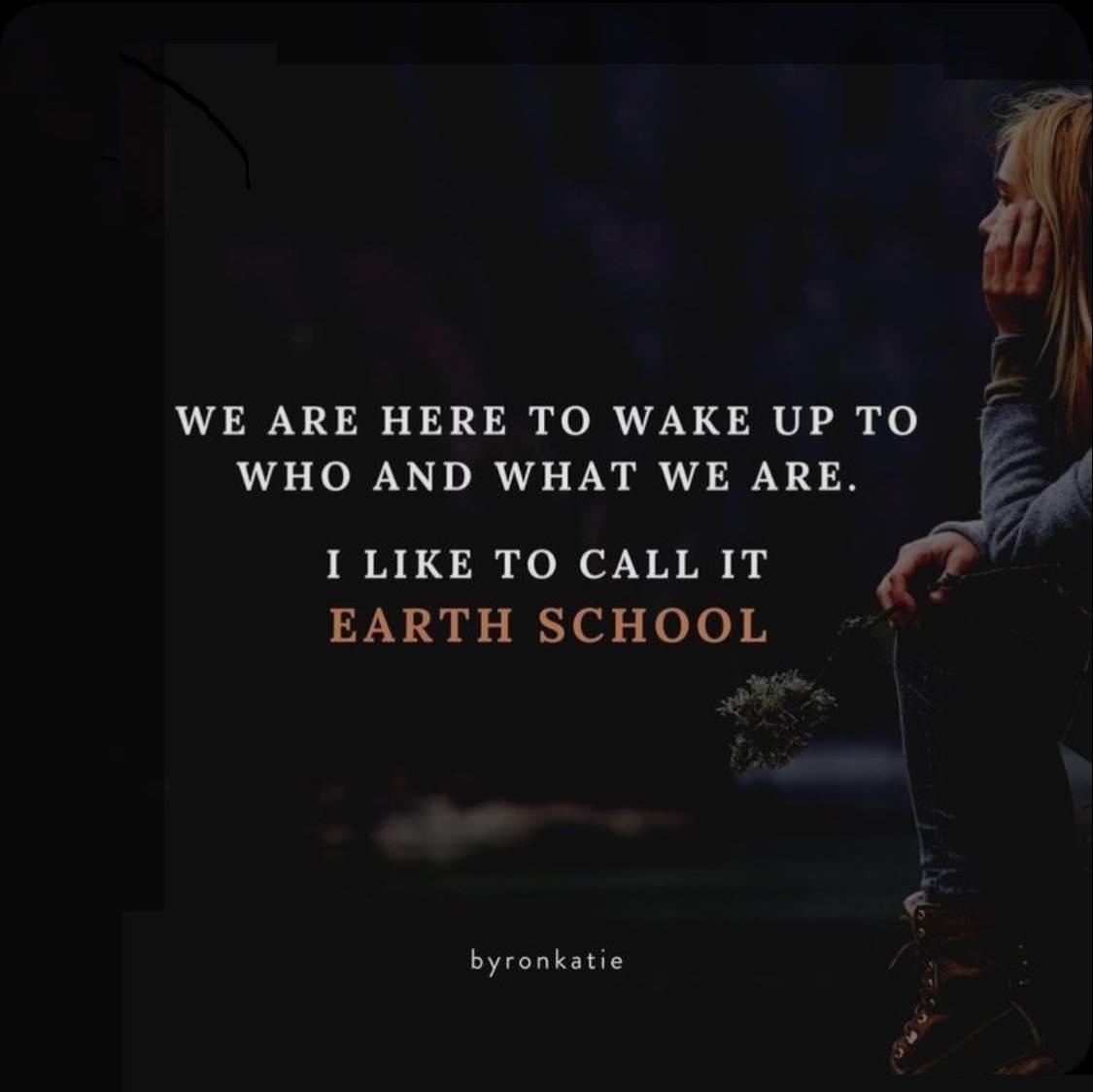